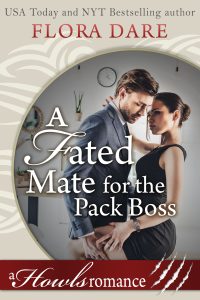 Wolf shifter Lili Thornhill hides beneath ugly clothes and sensible shoes, but the yearning in her heart is for a mate and a family. As a low ranking member of her pack, Lili barely dares to dream about a fated mate, let alone her boss and Alpha, Cole Burnett.Cole is new to the role of Alpha and is under a lot of pressure to pick a high-ranking wolf as a mate, to help settle the pack. He never looks twice at his dowdy admin, Lili.Until one day when Cole stumbles on Lili skinny dipping and his eyes are opened to just how beautiful she is. Can Cole keep Lili safe from a pack who would rather see her dead than in their alpha's arms? 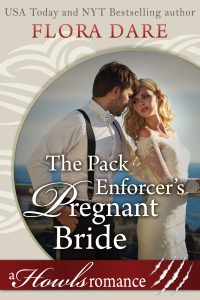 Sophie knows she shouldn't run with the gorgeous Enforcer of a neighboring pack, but Tanner Burnett is too hard to resist. When an explosive battle between their fathers ends in violence, the now rival wolf packs vow vengeance and the two lovers are separated.

Except Sophie is hiding a secret from everyone, until her brother forces the truth out of her. The new alphas of both packs decide there is only one path to ensure the packs’ safety. A wedding of convenience.

Can Sophie and Tanner find their way to love when circumstances beyond their control bind them together?

Flora Dare lives in Durham, NC in a cute little pink house, with her husband, their kiddo and their hellion of a puppy. She writes love, lust and mayhem in almost every flavor, and like The Pirate Movie, she wants a happy ending, every time!

Get all the news!

Stay in the loop